The store will not work correctly in the case when cookies are disabled.
LINK UP TO LEVEL UP
EXPANDING IOT CAPABILITIES THROUGH PEOPLE AND TECHNOLOGY

Your one-stop shop for the open IoT. Backed by a dedicated team of experts, customers and sellers seamlessly connect to expand their capabilities without all the complexity.
Menu
Interested in being a seller? click here
Account
Settings
Currency
USD - US Dollar
Search

Sign Up
Be the first to review this product
ALC driver for Tridium Niagara communicates with ALC controllers indirectly via WebCTRL server – a standard front-end software deployed on Automated Logic BMS sites. It provides access to the data in all connected controllers, ALC and third-party BACnet ones, as well as legacy ALC CMnet communication protocol.
Contact Seller
Price $756.00 - $3,687.00
$0.00
Skip to the end of the images gallery 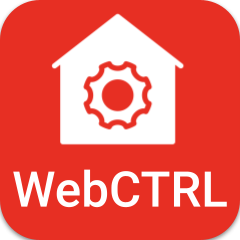 Skip to the beginning of the images gallery
Overview
Details

Automated Logic or ALC, now part of Carrier Corporation, is one of the first building automation manufacturers who embraced BACnet standard and released a full line of BACnet products. They include fully programmable controllers for unitary / zone applications, small, medium and large extendable and non-extendable controllers, as well as front-end software WebCTRL with many advanced features like Environmental Index, Time-Lapse and Fault Detection and Diagnostics.

There is one thing ALC did differently from the rest of BACnet vendors. They chose ARCNET as a fieldbus, instead of more popular and slow MS/TP. Although ALC ARCNET uses RS-485 physical layer, it is not supported by Niagara JACE nor by almost anyone else.

Our ALC driver for Tridium Niagara communicates with ALC controllers indirectly via WebCTRL server – the standard front-end software deployed on virtually every Automated Logic BMS site. It provides access to the data in all connected controllers, ALC and third-party BACnet ones, as well as legacy ALC CMnet communication protocol.

The driver allows to automatically discover devices and points, import points into Niagara station, read point values and write into them. Points retain their names, types and unit facets, which greatly simplifies integration process. Trendlogs could also be periodically imported from WebCTRL into Niagara.

The driver might be deployed in JACE or in Niagara Supervisor, which could reside either locally on site, or on remote premises, or on a cloud.

Reviews
You can not add the review on this product as you have not purchased this product yet.
Pricing
Support
License Managed By: Baudrate
User Guide

Please email us to support@baudrate.io if you have any questions.